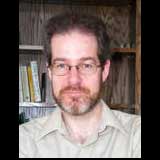 This column can be posted for free on any appropriate web site.
If you are interested in receiving the html code, please send an email.
Or, you can subscribe (free) to the Rationally Speaking announcements list.

From time to time I receive a letter in response to this column that accuses me of being an intellectual snob. Often the writer refers to the very title of the column, 'rationally speaking.' The argument of my correspondents goes something like this: (unstated premise) since rationality equals truth, and (obvious statement of fact) you call your columns 'rational,' then (first conclusion) you are so arrogant as to claim that what you write must be the truth, and (second conclusion) therefore imply that anybody who disagrees with you is wrong.

Letís carefully analyze the unstated premise and the two conclusions (no sense in denying the fact that the column is, indeed, called 'rationally speaking'), because I think this will shed some light on both my goals in writing these pieces and, more importantly, on some common misconceptions about rationality and truth. First off, the unstated premise that rationality necessarily leads to truth is clearly false, and acknowledged by philosophers since the time of Plato. Don't get me wrong, Plato did think that the best path to the truth is indeed rational thought, but he also acknowledged that one can arrive at the truth by other means (e.g., by sheer luck, as in guessing). More importantly for our discussion, Plato's dialogues are full of examples of people rationally arguing different positions, of which at most one can be correct!

Since there is no necessary equation between rationality and truth, this takes care of the second conclusion from the above piece of reasoning: I cannot possibly be implying in my columns that those who disagree with me must be wrong. At best, these columns present an argument in favor of a particular conclusion or position. Their value is in laying down that argument as clearly as the writer can manage, to then let the reader decide how that argument measures up against others. It is all part of the ongoing discourse among human beings that is such a central part of any desirable society.

As far as the first conclusion of the above reasoning is concerned (I am arrogant enough to think that I am right), surely that is a straw man. Anybody defending a particular position, in writing or in person, must be doing so because they think they are right (okay, perhaps with the exception of sophists and some lawyers and politicians). It simply makes no sense to accuse somebody who disagrees with you of being convinced of being right. You are too, or you would not argue with them! Of course, just because people are convinced of being right, it doesn't follow that they are. But that is precisely the value of continued rational discourse: I present my best arguments, you read them, think about them, come up with your best counter-arguments, and so on.

Does this back and forth actually lead somewhere? Do people ever change their mind? Of course they do. Why, I've changed my mind more than once just this year! What may seem to make the enterprise of rational dialogue a desperate one is that people seldom acknowledge their change of mind. There are good reasons for this, other than simple human pride. To begin with, if you have thought hard about something, and have formed an opinion over years of reading and listening, you will not change your position overnight, and you probably shouldn't. Instantaneous conversions are the stuff of religious experience, not of rational discourse. Second, research on critical thinking and human cognition has shown that the human brain is naturally resistant to changing its patterns, and does so only after repeated exposure to contrasting information (which increases the so-called 'cognitive dissonance' between oneís own beliefs and the reality that one perceives). That is why one rarely wins debates with other people, and yet debates - along with other forms of dialogue - are useful because they can stir people to reconsider some of their conclusions.

So, rationally speaking does not (necessarily) mean 'truthfully' speaking, though of course if I write something in good faith, I do think that I am correct in what I am saying (and so do you, whenever you write a letter to me arguing against my writings). The rational way to attack people's arguments, therefore, is not simply to accuse them of the arrogance of thinking they are in the right, but in pointing out exactly where we think they went wrong.

The irony is that rational discourse is so entrenched in the human way of thinking that even people who allegedly reject it as a way to the truth do, in fact, use it. Not long ago a couple from a county in rural Tennessee complained that they did not want their child to be exposed to critical thinking and argumentation in the public school he was attending, because that was contrary to their religious belief. Apparently oblivious to the obvious contradiction, the parents hired a lawyer to argue their case in court! We just can't do without logic and rationality, even when we consciously attempt to reject it.

I can't wait to read the arguments I will get against the position defended in this column!

Quote of the month:

"Always take the short cut; and that is the rational one. Therefore say and do everything according to soundest reason." - Marcus Aurelius, 121-180CE.

Rationalism, by John Cottingham, a brief guide to the philosophy of rationality.

The Radical Academy guide to Rationalism.

Many thanks to Melissa Brenneman and Bob Faulkner for patiently editing and commenting on Rationally Speaking columns. Visit Massimo's
Skeptic & Humanist Web

Just out! Massimo's new book, Denying Evolution: Creationism, Scientism, and the Nature of Science, by Sinauer.

Massimo's Tales of the Rational: Essays About Nature and Science